Our Pimm's o'clock is a big fat quarter to slice... Or half-past if we're really, really hungry. Drizzled with your favourite punch, this is our favourite new summer fruit sponge! 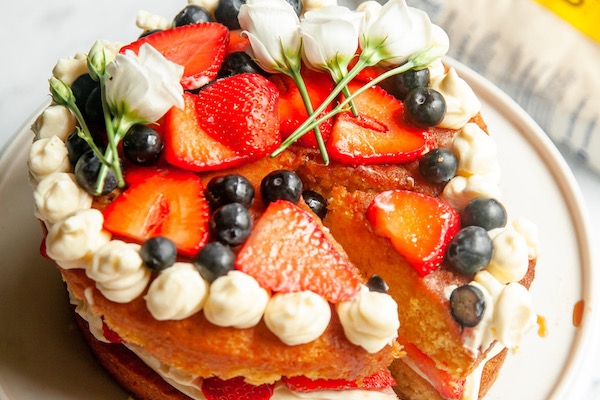